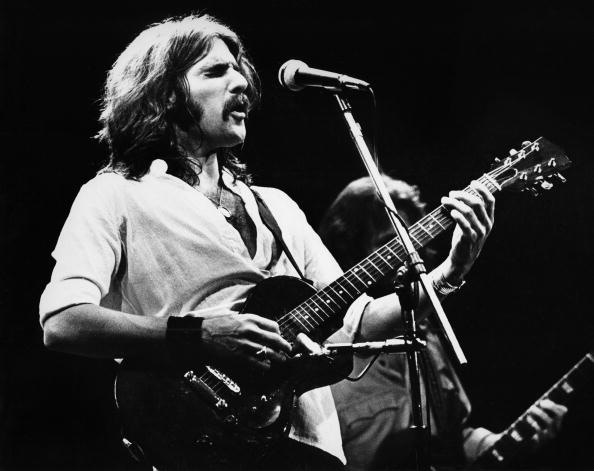 This year is pissing me off.#RIPGlennFrey

#TheEagles helped shape my understanding of music when I was going up. #RIPGlenn

SHOCKED to report the death of GLENN FREY. Eagle & brilliant songwriter. We shared some memories at RRHOF. Shocked.. pic.twitter.com/0uVYgaKVIT

We are saddened to have lost this guy today. Another legend gone. @GlennFrey pic.twitter.com/mmWllEnz1v

Glenn Frey, you will be sorely missed. Thank you for all you gave us.

MT: Shocker. My friend from the early days, and important member of Eagles, has died. We loved you, Glenn Frey.

most of my musical memories are from my dads apartment at the beach. whether I like them or not I can still sing every song. rip glenn frey

So saddened and shocked by the loss of Glenn Frey. Thank you for the music that paved the way for so many others.

Oh man #Glennfrey died? What are they putting in the water recently? #TheEagles

R.I.P yet another legend today. Glenn Frey of the the Eagles…. Ur music is imbedded in my brain til the day I die, u will be missed!!

So sad that Glenn Frey passed away. An incredible songwriter. If you do anything today, watch The Eagles documentary to witness genius. RIP.

RIP Glenn Frey, I have spent so many wistful hours wishing I was the protagonist of "You Belong to the City."

All those incredible songs we grew up with. Thank you Glenn Frey. R.I.P.

So sad to hear of the passing of Glenn Frey. I had the great pleasure of knowing him and he was beyond gracious. Praying for his family. RIP

So sad to hear of the passing of Glenn Frey. I had the great pleasure of knowing him and he was beyond gracious. Praying for his family. RIP