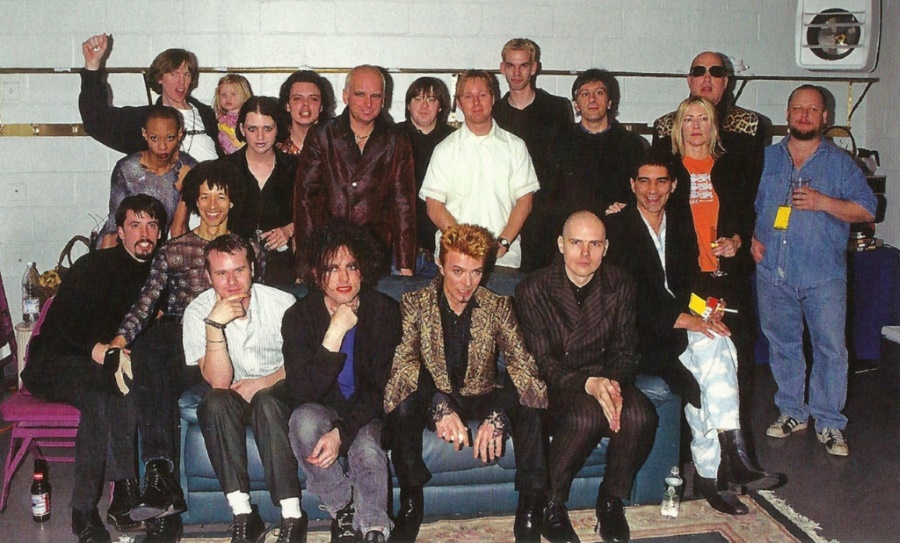 can't believe it. we will forever be inspired by/love u, bowie ? pic.twitter.com/oXMq6HuhWY

David Bowie was a true innovator, a true creative. May he rest in peace ?? #RIPDavidBowie

So today I lose another hero. Not quite like @iamlemmy, but an important influence on my life, style and career. Goodbye @DavidBowieReal RIP

David Bowie was 1 of the 1st ppl to make weird acceptable for the masses & give kids who didn't connect w/ 60's do-op, someone to connect to

Meet his little hussy with his ghost town approach
Her face is sans feature, but she wears a Dali brooch #KeepitWeird #bowie

Thank you for the gift of sound and vision, David Bowie. RIP. pic.twitter.com/Z5UkB6xeQV

You made being yourself look so cool. The universe is only as bright as what you showed us.
Truly grateful
RIP Bowie pic.twitter.com/0eab3NnvmO

I love how Bowie challenged people's perception of gender stereotypes and what an Outsider truly was. He was SO ahead of his time

Nothing compares to Bowie. People love to use the word genius or legend lightly. Those actually apply to him. That's rare. This is so sad…

Absolutely devastating news. I feel so lucky to have considered you a friend. R.I.P. Thank you… https://t.co/aQLnuW6Q9r

Oh so sad and shocked to read about David Bowie passing away. ?

RIP David Bowie. Thanks for defining what it means to be a true artist and visionary.

A friend of mine just messaged me this >> pic.twitter.com/LTBLRou46P

was in a session when the news about Bowie broke. we watched "black star". the session was over. no point.

Saddened to hear David Bowie has lost his battle with cancer – his music was an inspiration to many. @DavidBowieReal

David Bowie, you will be sorely missed.

Bowie's “Changes” and the Ziggy story songs were a major influence for me. pic.twitter.com/N1nkD9h82W

David Bowie was one of my most important inspirations, so fearless, so creative, he gave us magic for a lifetime.

just got call from @hollyherself about david bowie, hugged @neilhimself hard. one of his favorite musicians of all time. one of my heroes.

I grew up listening to and watching the pop genius David Bowie. He was a master of re-invention, who kept getting it right. A huge loss.

Unthinkable. The world has lost one of the most important artists and icons of our time. I was moved immeasurably by David Bowie. RIP.

David Bowie: The cleverest and most interestingly brilliant man of our time. What a vacuum he leaves, and how he will be missed. Roger